June 25th, 2019 at two thirty in the afternoon the Policy & Conflict Resolution Studies Center (PCRSC) hosted Diego Checa Hidalgo, a Lecturer in Contemporary History at the Institute of Peace and Conflict at the University of Granada. The Arab American University Ramallah campus graciously received students and academics in order for Mr. Hidlago to give a talk titled, “Preventing Violence and Promoting Peace in Colombia”. 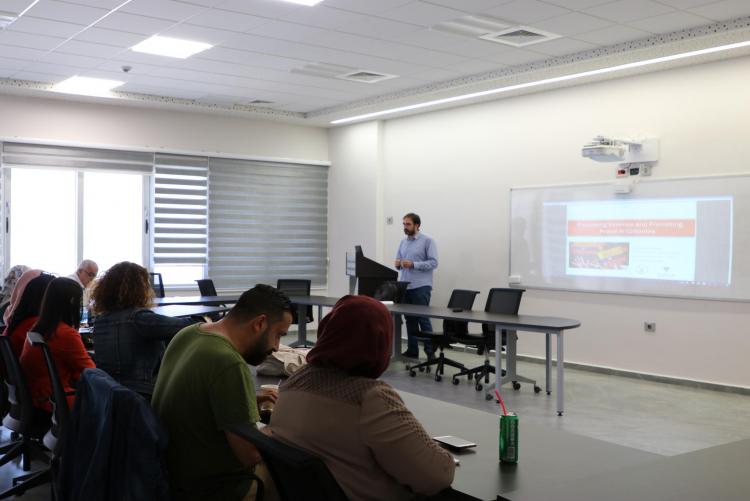 Diego gave an in depth and very interesting account of how international peace institutes came together to help resolve the longstanding issues of political, economic, and ethnic conflicts in Colombia.  The talk began with Diego addressing the audience getting a feel for what they knew about Colombia geographically, politically, culturally, and economically.  He assisted the audience by situating them within the historical and present context of Colombia by giving a detailed overview of Colombia’s geographical significance geopolitically, economically, as well as the internal make up of the country ethnically and what this means socially for the various communities living across Colombia’s vast territory.  He also explained Colombia’s unique geographical positioning and how this has made it an interest to the United States. Historically due to this political and economic interest by the United States, a desire among the ruling elite inside Colombia was created to align itself with more conservative governing parties and have had a long history of opposing progressive movements.  This has created great tensions within the country, but has also made it an important ally for the United States in having great influence and control throughout Central and South America.

This relationship between the US and Colombia has facilitated the imperial motives of the American colonial-capitalist corporations and this has created a rich and conservative ruling class, little to no middle class, and a large poor population.  It is important to note that Colombia has a large indigenous population as well as a large population of afro Colombians.  The indigenous population alone consists of many different peoples and languages and these communities, as well as the afro Colombian communities suffer greatly under this conservative governing legacy inside Colombia. They suffer both from political, social, and economic marginalization through the confiscation and violation of their native land as well as the degradation and destruction of these lands leaving them with no means to not only survive and live off their ancestral lands, but also resulting in the destruction of their culture and way of life.  This displacement inevitably leads to a breakdown of their communities and the very fabric of their family structures.   Among the motivating factors of this injustice for not only the indigenous populations of Colombia, but for the afro Colombian, poor, and left-wing groups of Colombia stems from the colonial-capitalist interests of the U.S. mentioned above.  U.S. and other Western corporations have left the industry of Colombia very limited in the sense that they strip the country of its vast resources and give these raw resources at a low price in order for them to be developed and manufactured into goods by foreign corporations and to resell the finished products at a high cost back to Colombians and other countries around the world.  This only benefits a small portion of the Colombian society while leaving the rest devastated from not only an economic stance, but also from a cultural, and territorial station as well.  In order to appease these corporations and the governments of these colonial-capitalist corporations and the Colombian elite (governing power) perpetuate an industry of extraction of raw materials from the amazon rain forest leaving the country of Colombia very limited in their ability to self-sustain on an economic and political level.  The destruction of this important ecosystem, not just ecologically, but as was discussed, for the indigenous, afro-Colombian, and poor populations of Colombia has not just cultural, economic and social implications for these communities themselves, but also has a direct effect in structuring and shaping the legal and political systems within Colombia to constantly favor the ruling elite and their relationship with conservative colonial-capitalist countries such as the U.S.

Diego illustrated at length how this tightly knit relationship of colonial-capitalist and imperial powers has led to a series of revolutionary movements throughout Colombia’s existence as a sovereign democratic country.  Another important point is that Colombia’s rating for being democratic is very low according to the democracy index, so this term is being used rather critically here.  Colombia historically due to the economic relationship and realities mentioned above, has created a political system that excludes far more citizens then it includes.  This exclusion in turn became a long standing source of grievance that has led to many revolutions and struggles for power.  Among those struggles as Diego demonstrated throughout his presentation are: State security forces versus left wing guerillas (who struggled over the government and ruling systems), left wing groups versus paramilitary groups (who struggled over territory), the center of the state versus the periphery of the state (this struggle was over political and economic power), and lastly state and business lobbies versus afro Colombian and indigenous populations (they struggle over development models and territory) (Diego June 25, 2019).  Though these conflicts have been listed here as separate it is clear that they all are interconnected and have created a complex number of issues that have resulted in an intense amount of violence and tragedies.

The violence steaming from these power struggles left the country reeling according to Johan’s theory, from a triad of direct, cultural, and structural violence.  All three of these led to both visible and invisible forms of violence.  These different types of violence involved all that were in conflict with one another and exacted great costs environmentally, culturally, socially, politically, and economically.  The human and psychological cost collectively as well as individually could not be emphasized enough throughout the talk.  Internationally an interdisciplinary approach was taken to try and mitigate and begin to mend the tragedies, massacres, and struggles for power.  A cross between conflict resolution and conflict transformation was implemented.  A multi-tiered approach at peacekeeping in Colombia took place and it functioned on small local levels as well as on a larger state level.  There became many efforts to bring justice to and assimilate and absorb once militant portions of society back into a now peace oriented society.          This was supported through unarmed peace keeping missions facilitated by international groups whose main goal was violence deterrence and social empowerment through a series of peacekeeping tactics: physical accompaniment, supports, civil diplomacy, and information management.  Along side the establishment of peace keeping communities, important steps were taken to usher in transitional justice in order to establish and create a form of peace law that will bring justice to those who suffered throughout the periods of violence.  A series of negotiations took place to create economic, political, and social agreements to help address the need for protecting indigenous and afro Colombian land and societies, protect the natural resources and not give as much free reign to the corporations.  Bring those to justice who committed crimes against humanity, to help create more inclusivity in the government also were an important and integral part of this process.  Though these agreements were difficult to implement there were still steps in the right direction to help mitigate and quell the pain and suffering that came from the violence and power struggles of Colombia. 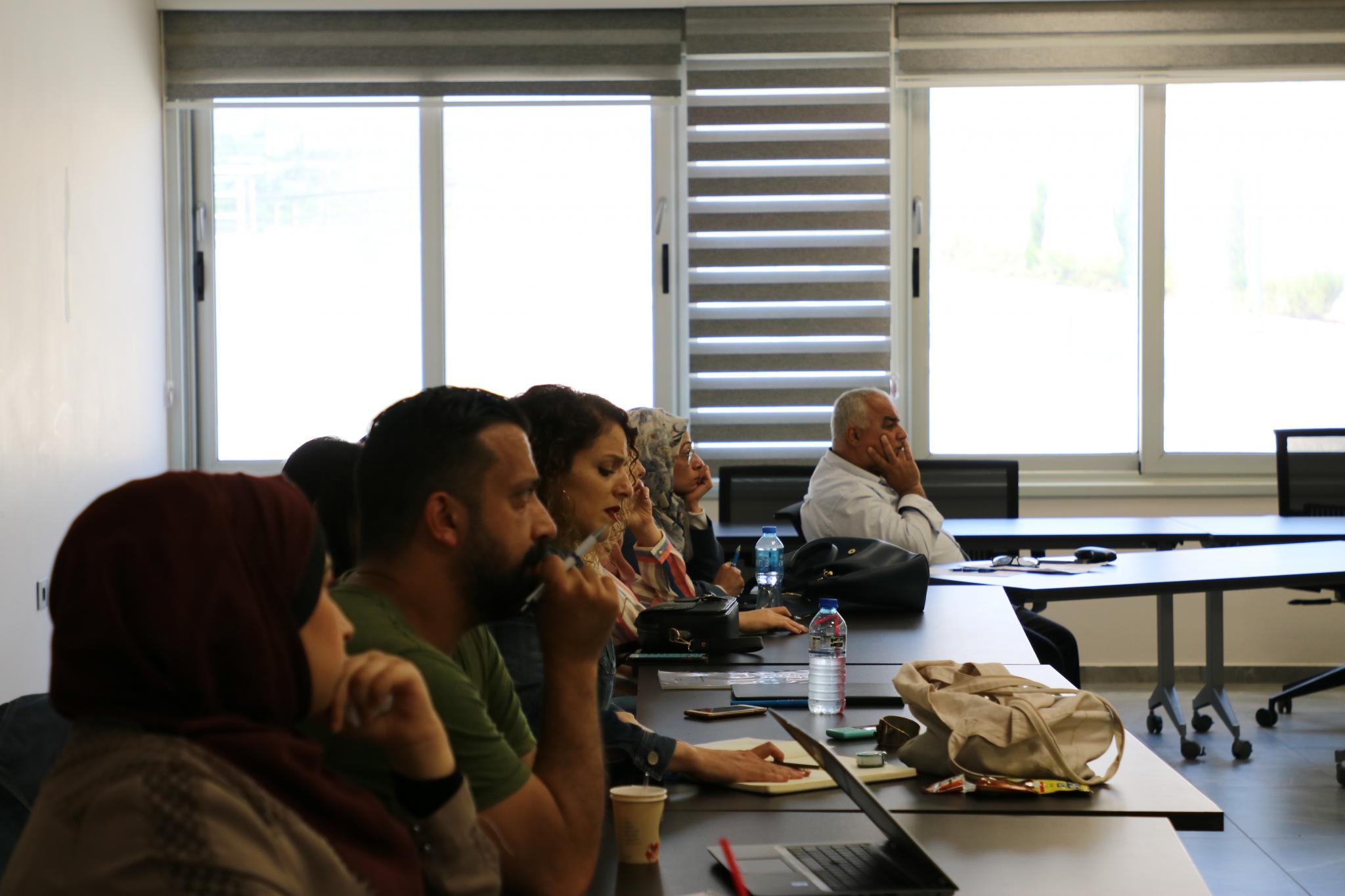 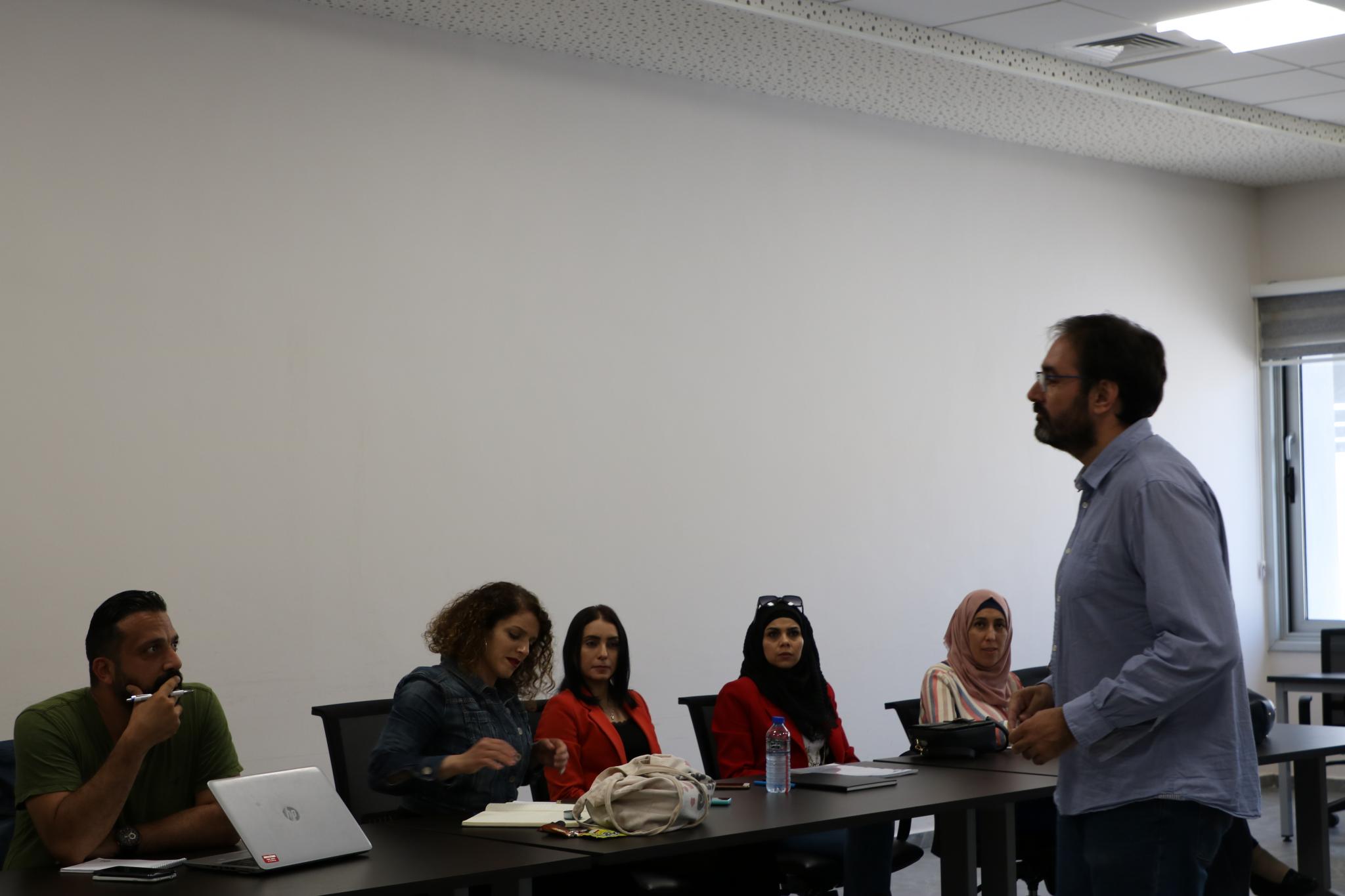 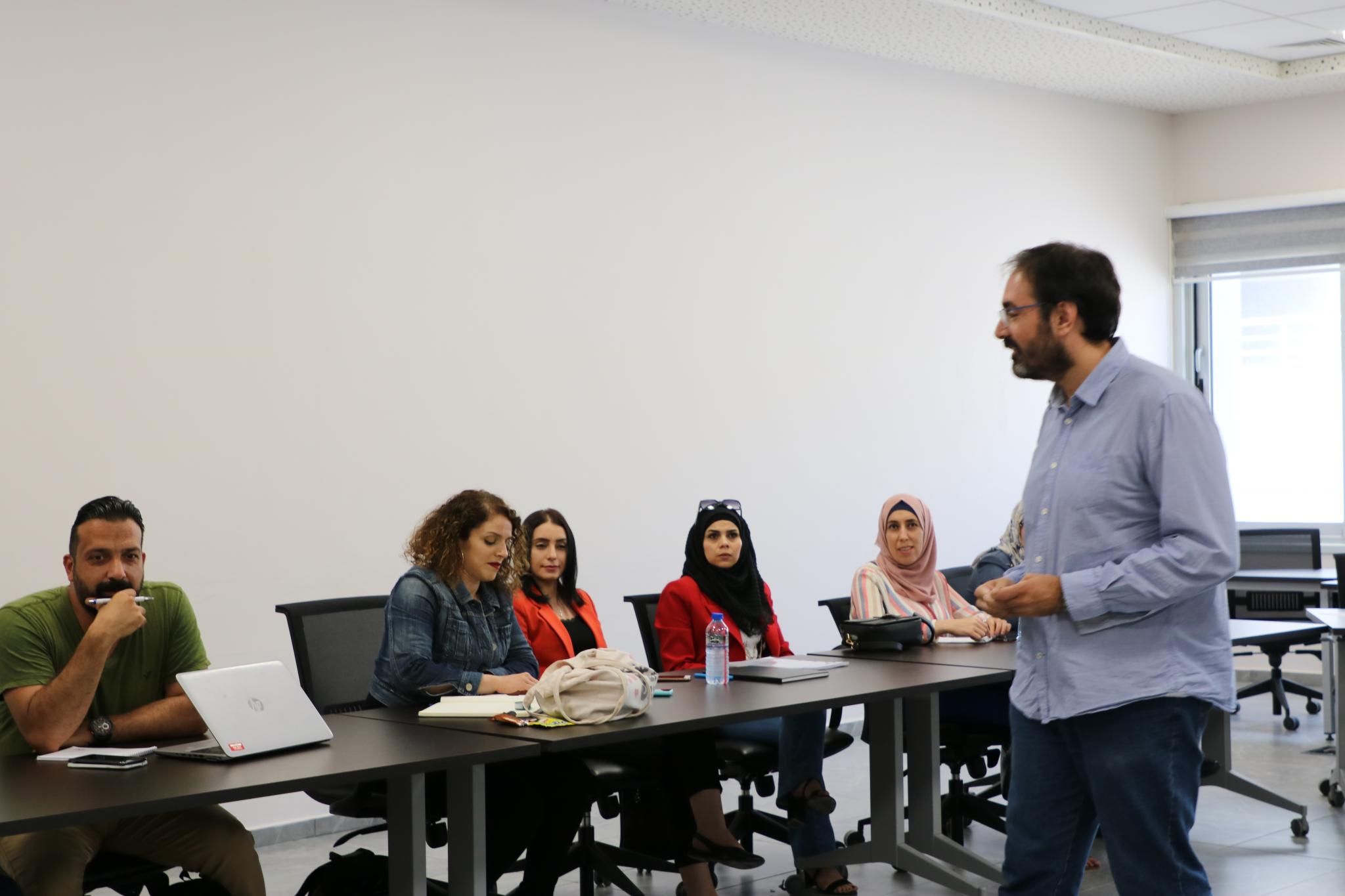 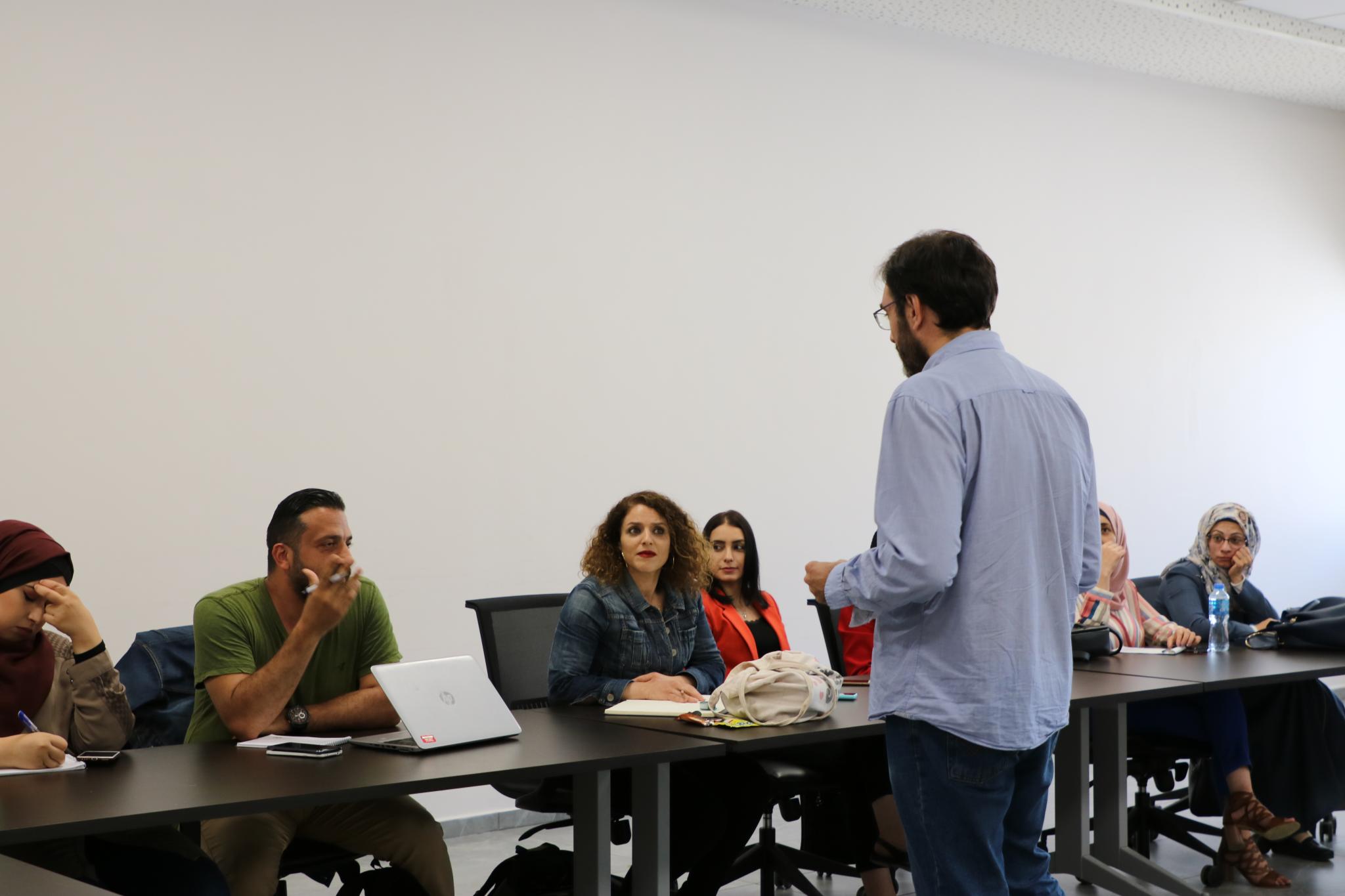 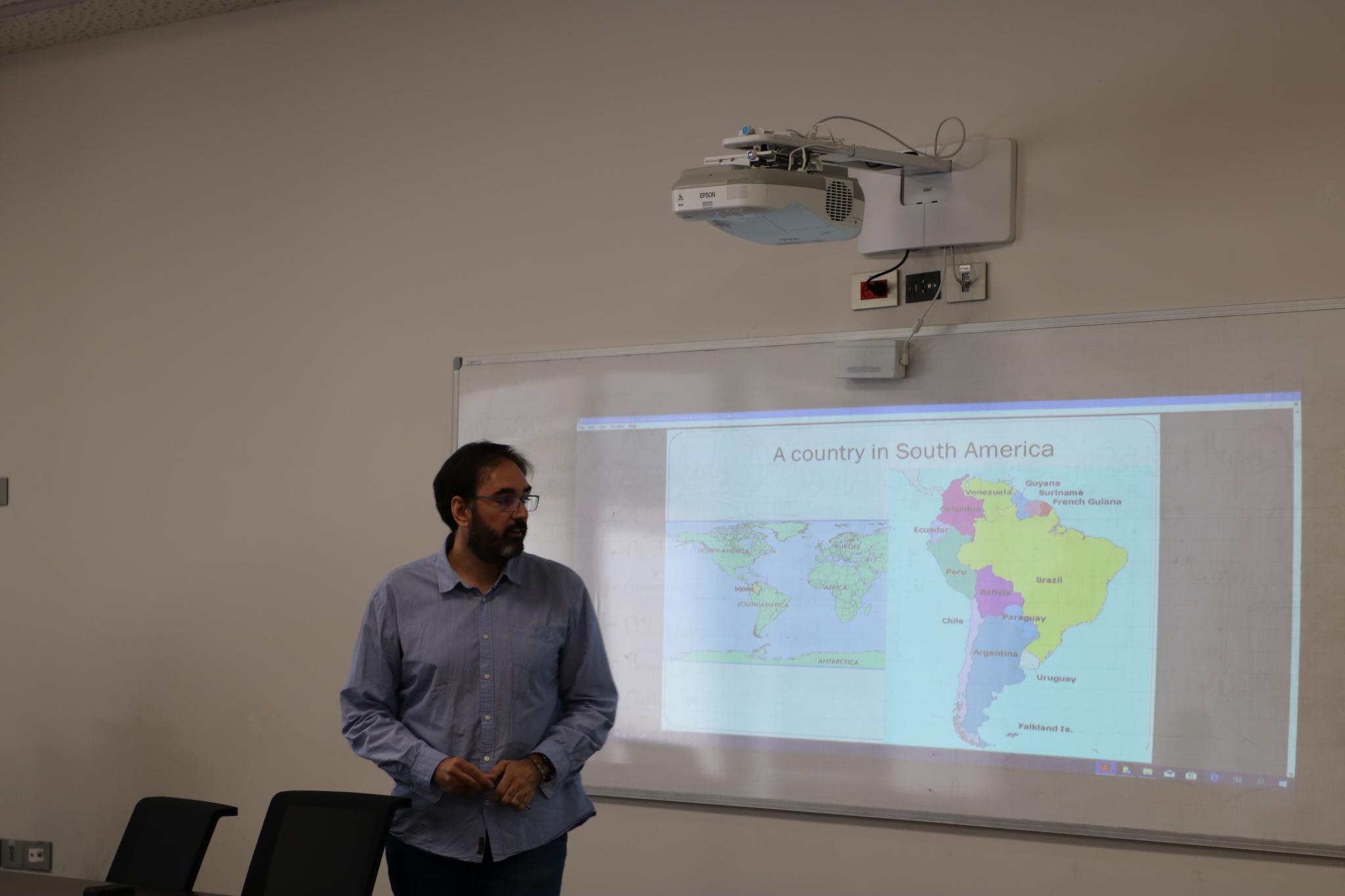 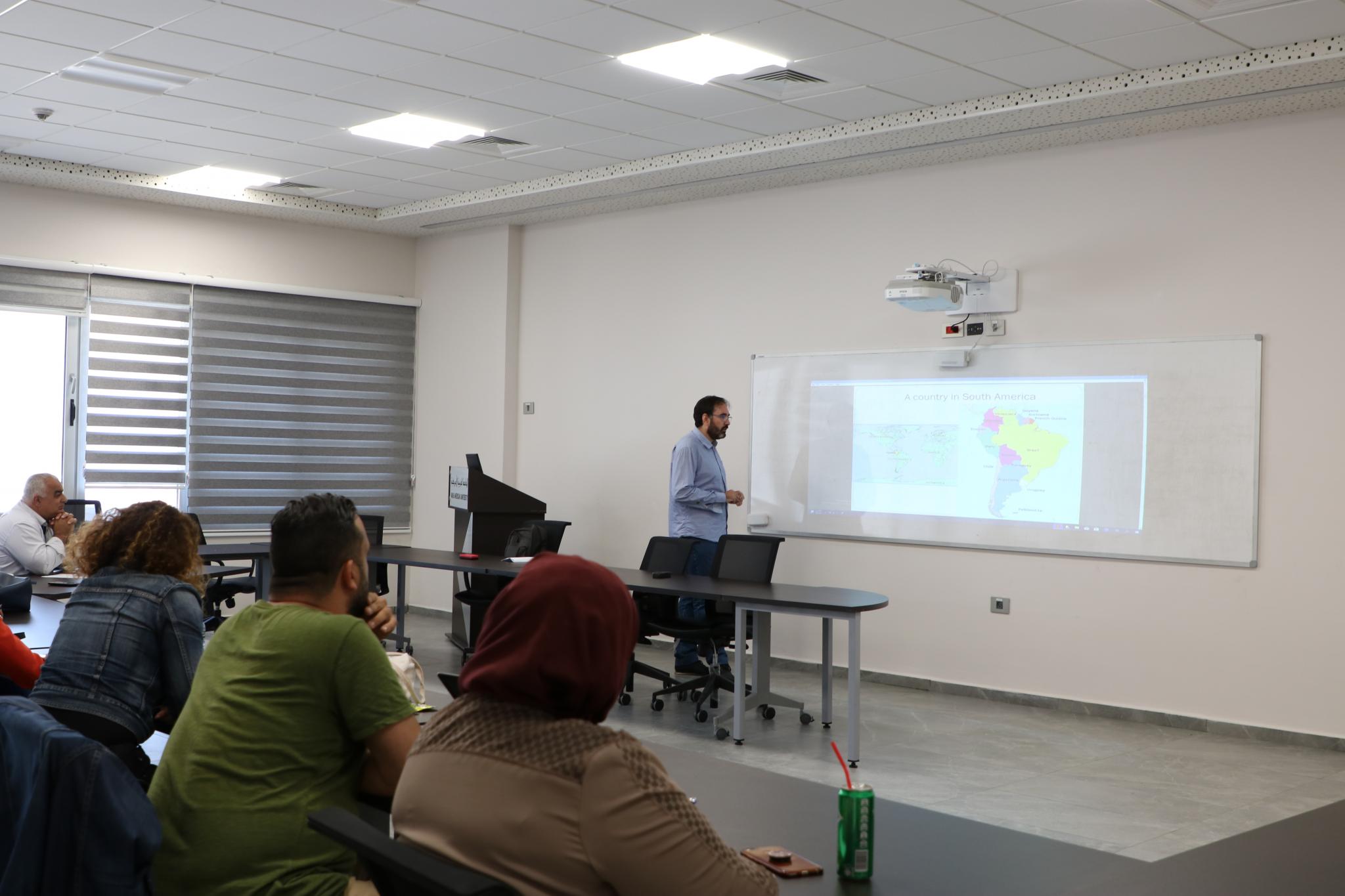